Terrorism Offence  – The British parliament after facing up many different critical attacks by the outsider criminals or the insider criminals made up the series of Terrorism Acts and gave up these types of uncasual criminal activities a very new definition. This started around the year 2000 when the parliament of British government passed up some distinct set of rules and Acts which were meant to be used for the terrorist cases. This was a mandatory move by the parliament as other casual government rules weren’t enough to defend up these types of terror cases. If these Acts were not there then the authorities would have to think of a lot to act against the terror activities and defend it potentially.

Let’s Check what are the definitions of the different Terror Acts as made by the British government so as to give punishment to the offenders:

This Act provided a broad definition to the Terrorism and hence made it much easier to defend it technically. The Act also gave up the power to the police authorities to detain up the suspected terrorists to question them about various things for up to 7 days that is needed for a deep check of the suspect for any indulgence in impure activities. This also gave up the whole power to the police such as to act against the any suspected terror activities in various different ways hence this makes it a great step to act against the raising of any terror plants in the country and ban its growth.

In this Acts, the measures were added that were although rejected by the 2000 Act stated above. This Act allowed up the Ministry of Defense Police to perform its actions against the non-terror activities even outside the military bases. The foreigner suspects were also made to be detained by the Police hence it helps to Act more strongly against the terror actions and attacks.

This act extended the detention period of the terrorist suspect to 14 days that is also a super move to verify terror suspects completely and much more perfectly.

This Act made some more amendments and tweaks to the previous Terror related Acts and hence tried to improve up the strength of the moves against the terror. Nothing more important was made to enter up the Laws although!

This Act provides up to the power to the police to revise up the detail period of the suspect under no charge for one more time and hence the suspects could be made to undergo questioning for 28 days.This added up the function to allow treasury to free up the assets of suspected terrorists.

This added up the ability through which the police could any time question up to the charged suspects of the terror activities without the need to detain them. The detention period was also increased up to 42 days which means that any terror suspect kept under charge could be questioned for 42 days under the Police surveillance.

After all, all these Acts are a must have governmental legacies so as to prevent up the country from any terror attacks and all these acts do tend to provide up to the fullest possible power to the authorities so as to act against the terror.There are so many other rules and Acts made by the government to strengthen up the defending walls against the terrorism. The Terrorism Act 2000 was a great attempt worldwide to inspire nations to work against the biggest culprits of growth the Terrorists and therefore the whole world does move it steps forward for that!

Please feel free to contact our Team of Regulatory lawyers who specialize in all the above-described matters related to Terrorism Offence. 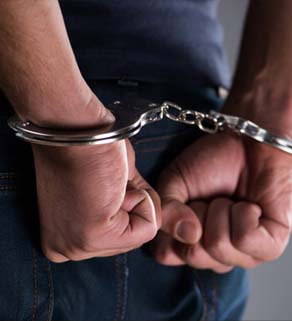